T Don't waste time thinking about website design if you have a business plan or ideas you think should be running on the web. Concentrate on your core deliverables and let ToromeTech implements the perfect interface for your enterprise. We provide a comprehensive range of bespoke IT services including web-design,online shopping carts and payment portals, content management systems(CMS),database design apps, corporate branding and promotional campaigns.

It is not the technology per se, but the intelligent application of technology that helps to answer business questions. We should not become too dazzled by digitalisation. It is not an answer in itself but an enabler. And like all enablers, it is only as smart as the people using it.


We are conversant in all digital media across the online, broadcast and video mediums. We are particularly focused on utilising new technologies to create a space where they can all merge. Thus, providing a beautiful, simple and intuitive experience. Your website should be a marketing asset that enables you to showcase your products or services not an engineering challenge in thermodynamics or fluid mechanics.

We like to describe your website as a digital home for your business. It’s where you can flex your expertise and tell your story through imagery, video and written text content. Though the aforementioned are the salient attributes, you do not have to be an expert of any. You concentrate on your core business deliverables and we will cater for the rest.

Here, we subscribe to the view that technology should take us back to the way things once were — simple. Done with less friction and at a far greater scale. We’ll want AI-driven immersive experiences to know us well, but not at the expense of our security and comfort.

Digital Revolution-2 Is Here
All About Ambient Technology
Read More

It is not technology per se but the intelligent application of technology that helps to provide answers to business questions.

We believe in utilizing the power of the Internet to help clients grow their business. Building results-driven digital solutions that is leveraged on current methodology and technology. This synergy results in a platform with cutting-edge design, development, branding and marketing. However, if all the aforementioned is to be accomplished, you need people with the know-how and wherewithal to put it all together.

Our strategic services provide customized, digital solutions to turn your business into an industry leader. Our team plan, design, and develop outstanding website solutions that are in tandem with current technologies. Responsive websites from a single code base. Thus, making scaling up and enhancement very flexible. Intuitive appealing interface to guide the client along

Growing a successful brand online requires content that is eligible and explicit in an interface that is intuitive and user friendly. Enhancing the user experience will always drive qualified leads to your website. Thus, there is an intrinsic relationship between form and function for a website to accomplish its main objective. All graphics within the interface should have the necessary resolution in order to fulfil the aforementioned.

Using Artificial Intelligence analysis, coupled with an intuitive interface we present you with the Lottery Predictor - go try it for yourself
Play Here

We understand the business imperative for a website with appropriate professional interface. Programming is not the syntax - it is a way of thinking.

If an email is not purposely designed to be device agnostic - responsive, the message is impossible to read let alone interact with.

There is though a slight differentiation of graphics created by designers involve in "art" and those in "engineering".

A concept where tedious manual drawing with drawing boards and pencils of all grades have been brought to the twenty first century (2020).In other words, digitalised and hence an electronic document with all its ramifications

Empathy a human trait we all possess in abundance has been ebbing away since "Social Media" came into the scene - arguably. Social media is just a foreboding of a catastrophic failure waiting in the wind if we do nothing. The outage that happened on 06-10-2021 and the ramifications from that (short spell) is a warning we need legislation now rather than later that governs how these oligopolies should operate. We welcome the unprecedented transparency and connectivity that these services can empower. But what’s increasingly becoming so scary is the wider social and political cost of our ever-greater enmeshment in these proprietary networks - whose only raison d'être is to sell our own written personal content and keep the money(sic).

When you’re young, you make mistakes, and you do some stupid stuff. Be careful about what you post on social media, because in this YouTube age whatever you do will be pulled up later somewhere in your life. Examples aplenty in both prints and screen

Hand on heart technology as recent as a couple of years ago was supposed to bring us all closer - remember the global village -Is that really being fulfilled? We have literally outsourced part of our brain to electronic devices. Spineless Institutions will always exacerbate the problem. We have now come to a situation where those who are quite able to express an opinion are those who are not scared of losing their job. Think about it for a minute. On second thought, take as much time as you want. What a pity we now have at this juncture, a situation where good people are full of hesitancy and outright fear of doing the right thing while bigots are brimming over with confidence. Empowering the lowest form of human life will not get us anywhere but dystopia.

Facebook may be performing well financially for the moment, but its continued success is far from a given. The writing may just be on the wall albeit faintly - it is still fresh. And just in case it slipped your attention, the rebranding to Metaverse is a clue. It is just another step away from interaction with real people. Just like its current configuration, this one has far more potential to endanger society. When we make the virtual world seems better than the real thing, the implications are huge.

I’m sure we are all tired, distressed, and worried by the great fissure that has opened up this culture wars. The assumption that there are your friends and your enemies and no ground in between; no commonality, no cohesion of viewpoint, no shared things that can happen between people who represent different ways of looking at the world. Humanity is now busy creating the "Great Wall Divide" - a dichotomy between woke Left and racist Right - labels the warring factions happily ascribe to each other respectively without any equivocation. Hoping to stifle any deliberation. Just like sticky notes, they are very ephemeral and temperamental just like the interlocutors.

One thing we have all learned invariably and to some extent, sometimes to our amusement and sometimes to our horror is the desire for humans to have their biases and prejudices confirmed. These platforms not only amplify it but to a degree, no other medium has done or can do. Just maybe we now need an Astra Zenica vaccine for " Cognitive Dissonance".

Welcome to our blog - this preface always in a flux so do check it out again later. 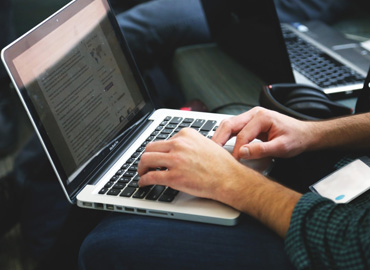 It is often said that learning never stops and a perfect appendix to that at this juncture is development in computing is always in flux. All of the major tech players and startups with names we don’t know yet are working away on some or all of the new major building blocks of the future. 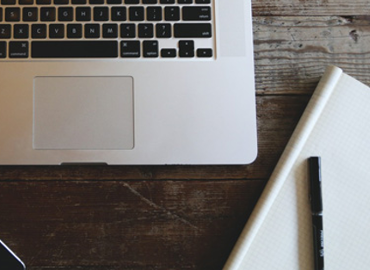 If you have not heard of the term "Phishing", you have not been paying attention of late - web-wise. If you're reading this, it's likely your personal information is available to the public. And by "public" I mean everyone everywhere. I hear you screaming "what about internet privacy?" Sorry to disappoint you - there is no such thing. Some have gone to extreme lengths to delete themselves but to no avail. 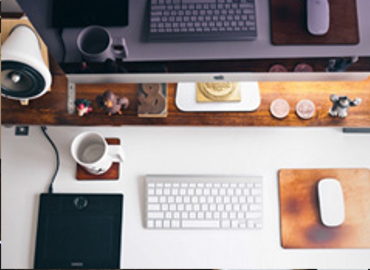 The Changing World Of Web Development

The development community has witnessed the emergence of new coding paradigms and approaches that have had a seismic change to how they work over the past thirty years. The mainstreaming of object-oriented programming in the early 1990s and the emergence of multi-core programming and web2 in the late 2000s are a few cases in point. More recently, Covid-19 has turned the development world on its head, forcing teams to adapt to a brave new distributed world. As we enter the second year of the pandemic, it is increasingly clear that these changes aren't going to be a temporal blip but rather may just stay with us for the foreseeable future. 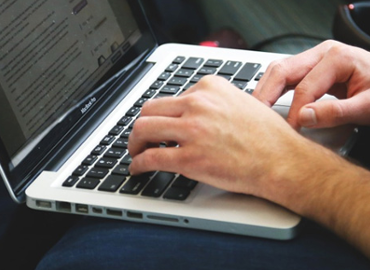 Security agencies both in the UK and USA are warning the general public to be alert of malicious Quick Response (QR) codes. Cybercriminals are tampering with QR codes to redirect victims to malicious sites that steal login and financial information. 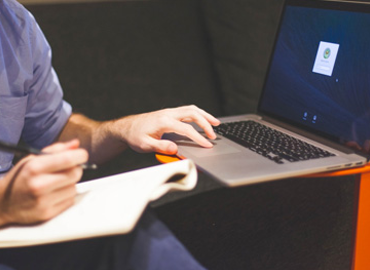 Embracing new technology is what we humans do. We have come a long way from creating fire with the help of some flint and friction ( the latter a physical process we've now become accustomed to in a subject matter called physics). So when you hear people labelling someone technophobe because they genuinely feel social media is causing more harm than good. Be very careful and cautious of snake oil salesmen. 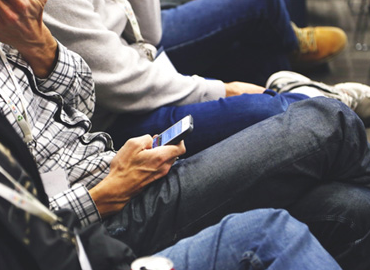 Multimodal Search Requires Entirely New Input From Users. This is the news coming from Google at its recent "Search On Event". One overriding theme from the event was "context is king". Yes, I know you have heard it before somewhere - the web "Content is King".